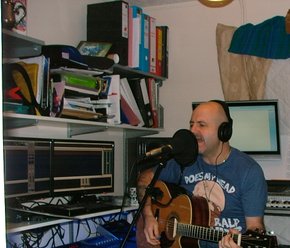 Karl Rose first learned to play guitar at age 12 and was influenced by the music of the 70s, ranging from disco through to heavy and punk rock.

He cut his live playing teeth in various school boy bands playing covers and original songs. A great learning curve for an enthusiastic if inexperienced novice guitarist, and so began a love affair with music and lifetime of song writing. After leaving school a career in the RAF limited regular live playing and the next ten years consigned him to being mainly a "bedroom guitarist" but still always writing his own songs.

In the early nineties he co-founded "Compulsive Issue" a five piece band playing covers and original material in and around East Anglia and occasionally beyond. The bands decision to create a demo CD gave him his introduction to the recording studio and the recording bug bit hard. He has since built up his own project studio starting with various multitrack tape machines through to the current modern computer based setup.

Along the way he has learned to play bass, keyboards and drums as well as developing his vocals beyond "backing vocals" to a lead role. Since the "Compulsive Issue" project ended he has played in various bands and developed a solo covers act, but has mainly concentrated on life in his project studio, writing and recording his own material with the aim of getting his songs out to the general public and ultimately trying to achieve a song publishing deal. The internet has been a huge help here with his main song page on Soundclick as well as other song based websites.

His knowledge of studio and audio software has led to a part time career authoring tuition videos for the Canadian based audio video tutorial company Streamworks Audio. Karl is currently looking to start to promote and gig his own material. 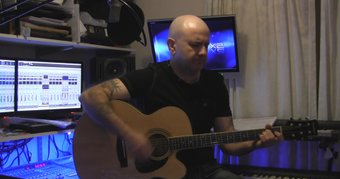 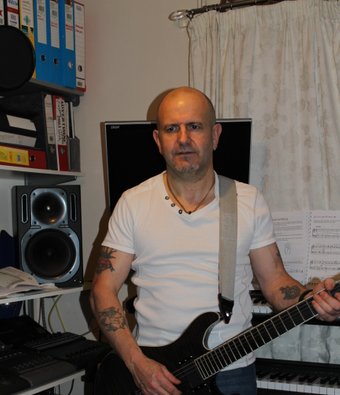